We are an organization dedicated to following Christ’s example by showing our faith through our actions. We do this by committing to love communities in desperate need as Jesus did; aiming to empower locals to be Christ’s hands and feet as they care for their neighbors in a very tangible way. 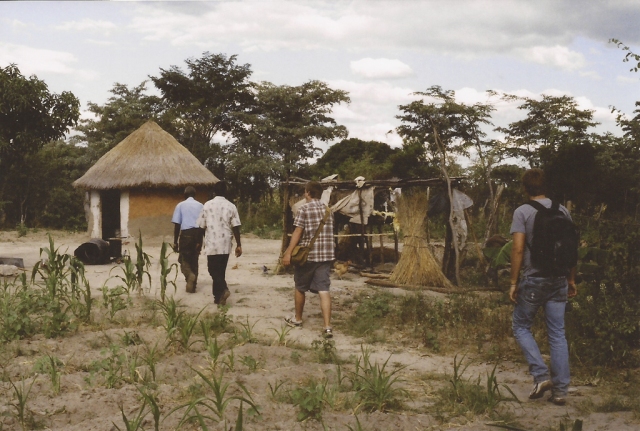 “Religion that God our Father accepts as pure and faultless is this; to look after orphans and widows in their distress and to keep oneself from being polluted by the world.” – James 1:27
Since Christ’s Initiative’s founding in 2011, this verse has been a driving force behind our vision and goals for this organization.  We are all made for a specific, God glorifying purpose, and each of these varies from person to person, but the main theme of these personalized purposes is loving others in tangible ways.  We have had James 1:27 as our main verse since the beginning, but God has been clear throughout many passages of Scripture* that love is a lifestyle:
“A new command I give you: Love one another.  As I have loved you, so you must love one another.  By this all men will know that you are my disciples, if you love one another.”–John 13:34-35
Christ’s Initiative, as an organization, has felt that God is calling us to live this out by empowering people to have opportunities to live healthy, God glorifying lives.  We do this in a number of ways. We are currently working in Zimbabwe, Africa.  In Zimbabwe we have started an organization called Friends of Zimbabwe (F.O.Z).  Through this organization we are running three programs, The Christ’s Initiative Children’s Home, The Feed the Hunger Program, and the Education Empowerment Program (E.E.P).
At the Home we are housing 3 children plus an orphaned young man that has been diagnosed with HIV/AIDS.  Also living at the home is Pastor Phillip, whom is running the organization from that end, and his wife Susan and young son Tephila.  We have worked to create not just a shelter, but a home in which each new child received is an addition to our family.
Through the E.E.P we provide children with school supplies and school uniforms, items that each child must have to attend school.  Schools also charge fees to attend, and so we pay school fees for five children (including the 3 at the home).
The Feed the Hunger Program has evolved throughout the past year, as the political tension has increased we must be more careful in handing out food due to the governments fear of it influencing peoples vote.  So we have been providing food hampers, feeding 3 families per month.
We desire to expand Christ’s Initiative so that we may reach more people, and eventually create F.O.Z to be self-sustaining, empowering them to help those in their own community as God leads them.  We are looking towards starting programs State side to help those in our own local communities, and we also hope to work into other countries throughout the world.
Isaiah 58:6-7, Matthew 22:37-40, Mark 10:45, Ephesians 5:1, John 15: 12-13, Romans 13:8, Romans 15:2, Galatians 2:9-10, Galatians 6:9-10, Ephesians 2:8-10

How It All Started

Zachariah Baker’s journey began with a call from God to go to Zimbabwe when he was nineteen years old. In February of 2009 he set off for his first trip to Zimbabwe giving away all of his belongings. He left with a one way plane ticket across the world planning to live with Pastor Jefuremu as long as the Lord provided. After arriving in Zimbabwe Zach took on the role of Assistant Pastor and became exposed to the critical condition of the country under its dictatorship. His heart broke for those in serious need. He felt the church should be doing so much more and was extremely bothered by the lack of effort he saw. Most people had heard the Gospel message but either did not entirely understand it or know how to respond to it. Church services had become a business and competition over who had the best music or the most appealing message. Pastors were thriving while congregations suffered in poverty and sickness.
Zach learned of several stories of those who had been in serious need and after seeking help from the church were overlooked. These people had been told by their Pastors that if God loved them they would be taken care of but they still had nothing and so assumed that God either did not love them or did not exist. This presented very difficult and unique circumstances to evangelize under. Zach concluded that these people had heard of but not seen Jesus and that the greatest impact that could be made would be through actions, not words. After several months he saw a great need for the housing and nourishment of the 1.4 million orphaned children.  These children were being orphaned by either the passing of their parents or by choice because of the lack of life sustaining resources. This necessity was the birth of Christ’s Initiative first calling: starting a self sustaining community center/orphanage in Gweru, Zimbabwe called “Friends of Zimbabwe” (FOZ). This center would be assisting with shelter, nutrition, education, personal hygiene, community organization and spiritual growth for the surrounding community.
Zach then came home to the U.S. and joined forces with Jason Pawlik and immediately started planning for the second trip. Their second time in Zimbabwe was spent laying down the foundation for a nonprofit in country. They then returned to the U.S. and expanded their team with the addition of three men: Caleb Baker, Josh Sheldon, and Rob Charles. Zach, Caleb, and Josh returned to Zimbabwe in February of 2012 to officially start Christ’s Initiative’s first project called Friends of Zimbabwe. Friends of Zimbabwe is a private volunteer organization in Zimbabwe consisting of an orphanage, feeding program, and education empowerment program.